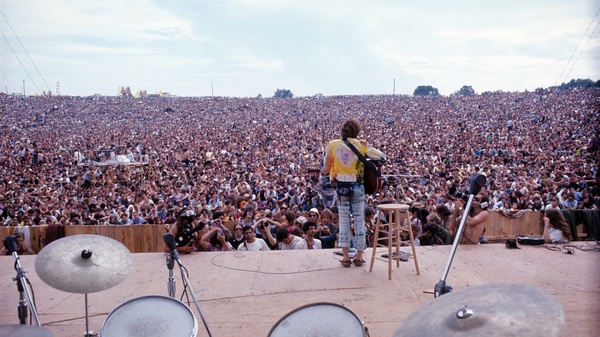 In this defining interview, Andy Zax, producer of a massive new Woodstock box set, shares previously unheard recordings from the festival and the remarkable stories behind them.(Image credit: Henry Diltz)

via Woodstock At 50: The Unheard Recordings — News : NPR

“Don Quixote is the national glory of Spain. No one who does not know that has the right to call himself a Spaniard. There is a monument to him in Madrid…he was our first revolutionary.” – Gerald Brenan, ‘South from Granada’ Click on an image to scroll through the Gallery of pictures that I have […]

via Travels in Spain, The Don Quixote Collection — Have Bag, Will Travel

No musical instrument has ever had to carry so much baggage, surely, as the Irish harp. It has been the symbol both of Ireland under English rule and of the Irish Free State. Unadorned, on a green background, it was a rebel flag in 1916. While its earliest origins are lost, the Irish harp has…

via The Gaelic Harp — Stair na hÉireann/History of Ireland

Scotland’s links with Canada stretch back for centuries

via “It’s the great, big, broad land ’way up yonder” — The Orkney News

Around 50 million years ago, long before the Epoch of the Twilight Beasts, a little mammal, Eohippus, scurried about in the forests of North America. This creature, about the size of an average dog, was the ancestor of the magnificent horse we know today. During this Period, called the Eocene, the environment and climate was […]

via Galloping across the steppes — TwilightBeasts

From debates over Confederate monuments to battles over America’s leadership in the world, understanding today’s contemporary challenges requires historical knowledge and historical perspective. Yet a new report by Benjamin Schmidt and the American Historical Association has revealed that a much smaller percentage of American college students are majoring in history than did in the past.…

via Fewer Students Are Majoring in History, But We’re Asking the Wrong Questions About Why — TIME

The now world-famous medieval gun was the ultimate weapon of mass destruction in her day. Mons Meg weighed six toned

The first people who populated the Americas – http://www.bbc.com/earth/story/20170328-the-first-people-who-populated-the-americas

by Ted Barris – Excerpt from Dam Busters – via msn.com

On May 16, 1943, an unprecedented operation was launched by Squadron 617 of the Royal Air Force. The mission was to destroy three German dams in the Ruhr Valley with a new kind of bomb, dropped from a low-flying Lancaster, to cause flooding and chaos, disrupt key industries and possibly shorten the Second World War. In Dam Busters, Ted Barris tells the dramatic story with a focus on the large number of pilots, engineers, navigators and bombers on the mission who were Canadian or trained in Canada.

Read Ted Barris’s full article here to learn more about these brave young Canadians and how their efforts helped stem German advances and lead Canada and the Allies to victory.