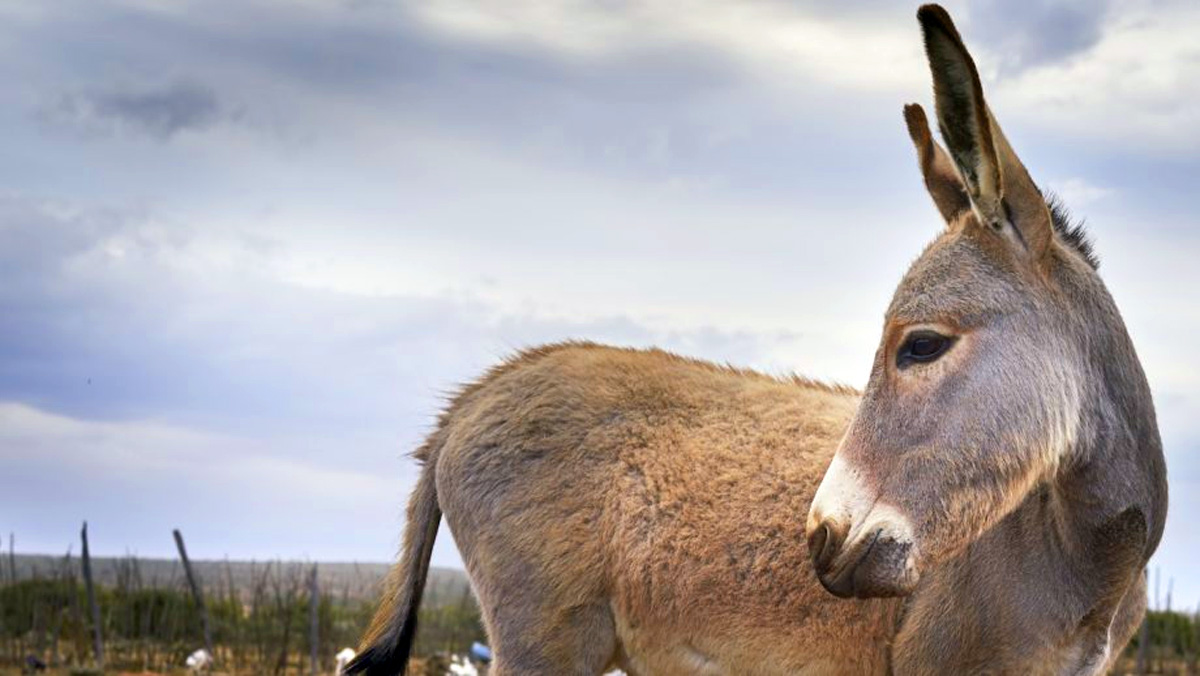 Eleanor Jones, writing for the Horse & Hound, reports: A ban on slaughtering donkeys in Kenya has been greeted as “tremendous news” by campaigners. The ban was announced on 24 February by agriculture secretary Peter Munya, who had been presented with a petition by Kenyan donkey owners. Kenya had become a hub for the skin trade […] 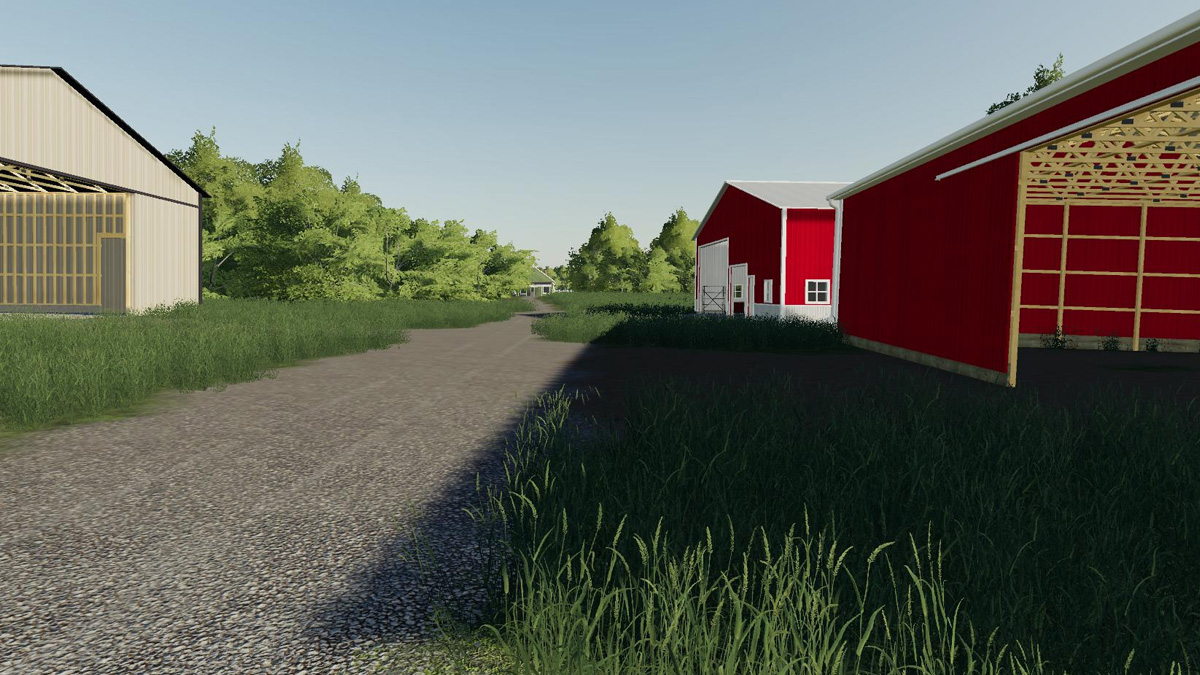 Lauren Adams reporting for WLKY Louisville, writes: HARDIN COUNTY, Ky. — Roy Wright has spent most of his 81 years around horses. He currently has two — Two Buck and Generator. But Generator, he said, isn’t the same horse she was just a few months ago. Her demeanor, Wright said, changed after she was shot […] 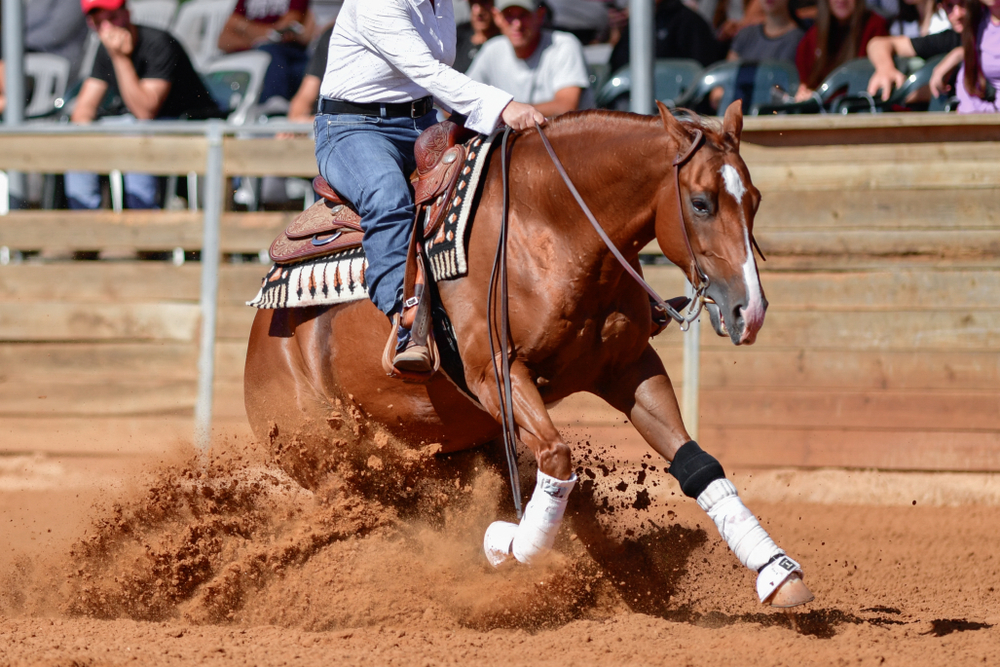 • SIGN THE PETITION » Rodeos across the nation are sold as fun for the whole family, but they often have a dark underbelly of animal abuse. Recent footage of a rodeo held at the Rowell Ranch Rodeo Park in Castro Valley, California, confirms that this event was no different. These horses, who are already under […]

The Wildlife Information Rescue and Education Service said it was “horrified” by the incident. 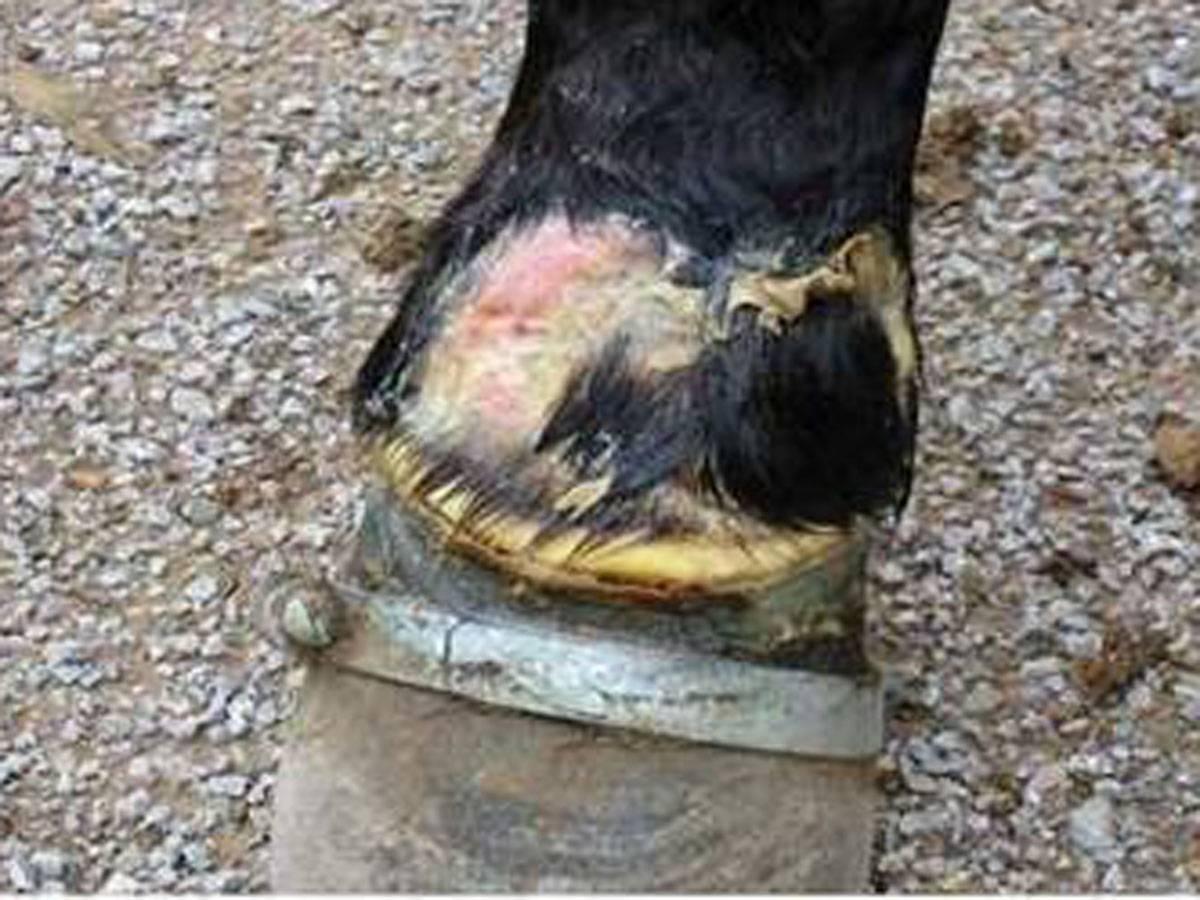 Source: EIN Presswire “The PAST Act moves to the Senate with a clear message—the American people will not stand for animal cruelty in any form.” WASHINGTON, DC, USA, July 30, 2019 /EINPresswire.com/ — On Thursday, the U.S. House of Representatives passed the Prevent All Soring Tactics (PAST) Act, H.R. 693, by a vote of 333 […]

via Bipartisan U.S. House Delegation from Illinois Champions Passage of Anti Horse Cruelty Legislation in a Landslide — Straight from the Horse’s Heart

A man and his daughter found a puppy burned and tossed into a dumpster near a shopping center on 49849 Harrison St. in Coachella on Sunday afternoon, according to a Sherman Oaks animal rescue. The two heard the puppy crying and rummaged through the trash, eventually finding the two-week-old puppy in a plastic bag. About…

Irish calves as young as two weeks old are being beaten, kicked and punched, according to secretly filmed footage.

Campaigners followed more than 5,000 calves on 23 livestock trucks from Ireland to the French control post at Tollevast, where animals are supposed to find rest and feed under EU laws.

Instead, the footage appears to show the animals beingdragged by their ears, stamped on and routinely thrashed by workers with batons. Some animals in the footage were so severely mistreated that they collapse in pain, dragging their hind legs along the floor, unable to stand up.

An undercover video taken at the control post operated by Qualivia in March appears to show one worker throwing a calf to the floor and repeatedly jumping up and down on it.

Nicola Glen, a spokeswoman for Eyes on Animals, which co-authored the investigation, said: “‘It is heartbreaking to see how these vulnerable animals, still unstable on their legs and dependent on their mothers milk, undergo horrific violence during transport to the Dutch veal facilities.”

In the video, workers can be seen slamming the calves’ faces into plastic feed teats and batoning their heads and backs. The animals, desperate for milk after a long journey with little water, return to the feeds and are beaten again.

“The Netherlands is the driving force behind this transport and Ireland is the main supplier,” Glen added. “Both countries should be taking responsibility for the welfare of these calves.”

The video violence is being investigated by French police, who reportedly arrested the worker seen stamping on a calf in the video last week. The man could face two years in jail.

Robert Drisque, the head of the Qualivia control post declined to comment, saying only that it was a “difficult situation” that had affected his team psychologically. But the case shines a light on the hidden – and often brutal – world of livestock transportation, according to campaign groups.

Isis La Bruyère, an inspector for L214, a French campaign group which co-authored the report, said: “The response by the authorities was fast in this case. That is good, but we haven’t seen any movement on the exports business itself so far.”

Qualivia is itself considered a “high quality control post” and has received EU money to expand its operating facilities.

Bruyère said: “Our demand is to ban the long [haul] transport of unweaned animals because in this transportation, there cannot be animal welfare.”

Ireland’s exports to the continent are increasing at an annual rate of 30% and it is now one of Europe’s biggest vendors of unweaned calves.

Male calves are viewed as an unwanted byproduct by dairy farmers and 160,000 were exported from Ireland to mainland Europe last year – along with 85,000 adult cows – to be sold for veal meat.

The animals are transported over long distances en route to the Netherlands, Spain and Italy, where they often arrive in a poor state.

Once in control posts, the unweaned calves, newly-separated from their mothers, are desperate to suckle on plastic milk teats. But farm workers face intense pressure to hurry the process due to the huge volumes of animals arriving and leaving each day. This creates a recipe for cruelty, says Lesley Moffat, the director of Eyes on Animals.

“Unfortunately, this sort of mistreatment is really common,” she told the Guardian. “The calves are treated very roughly at livestock markets because they’re so wobbly on their feet and don’t understand what’s wanted of them. It takes time to get them from A to B and allow them to drink and often the workers end up being forceful and impatient. Many calves are dragged around because they can’t stand up and walk properly.”

The animals are often still in shock after spending more than 48 hours in transit in severely cramped conditions on juddering trucks, with changing temperatures and limited access to food and water.

The EU’s Treaty of Lisbon recognises animals as sentient beings, capable of feeling pain, and a regulation was passed in 2005 protecting animal welfare during transport.

However, the legislation has been dogged by non-compliance and, earlier this year, MEPs called for more unannounced checks, tougher penalties and a minimising of transport times.

Moffat said: “To put a final end to this vicious circle of the dairy industry producing so many calves that they do not want, we have to re-think the whole dairy industry. Either we stop consuming dairy, or the dairy industry incorporates the production of calf meat on the dairy farm by keeping all calves in the herd, with their mothers, and raising them together.”

Around 1.5 billion animals are transported across the EU each year. An individual calf may be born in Ireland, fattened in the Netherlands, slaughtered in Spain and sold in Germany, with substantial knock-on effects for greenhouse gas emissions.

Article extracted from The Guardian, view the original here.

A woman who had been arrested on suspicion of tossing seven newborn puppies into a dumpster in Coachella has relinquished control of 38 dogs that were seized from her home, authorities said Monday. The dogs were being cared for by the Riverside County Department of Animal Services at a Thousand Oaks facility and will be… 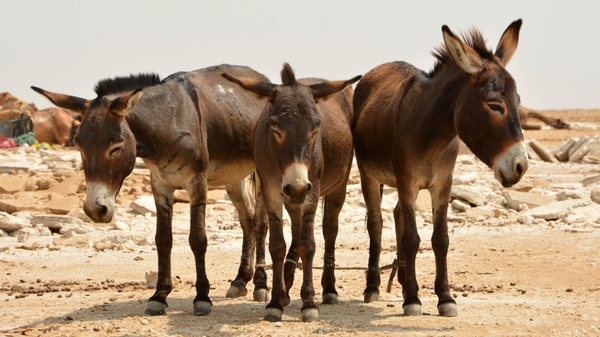 via Donkeys Are Dying Because China Wants Their Hides For A Traditional Remedy — News : NPR 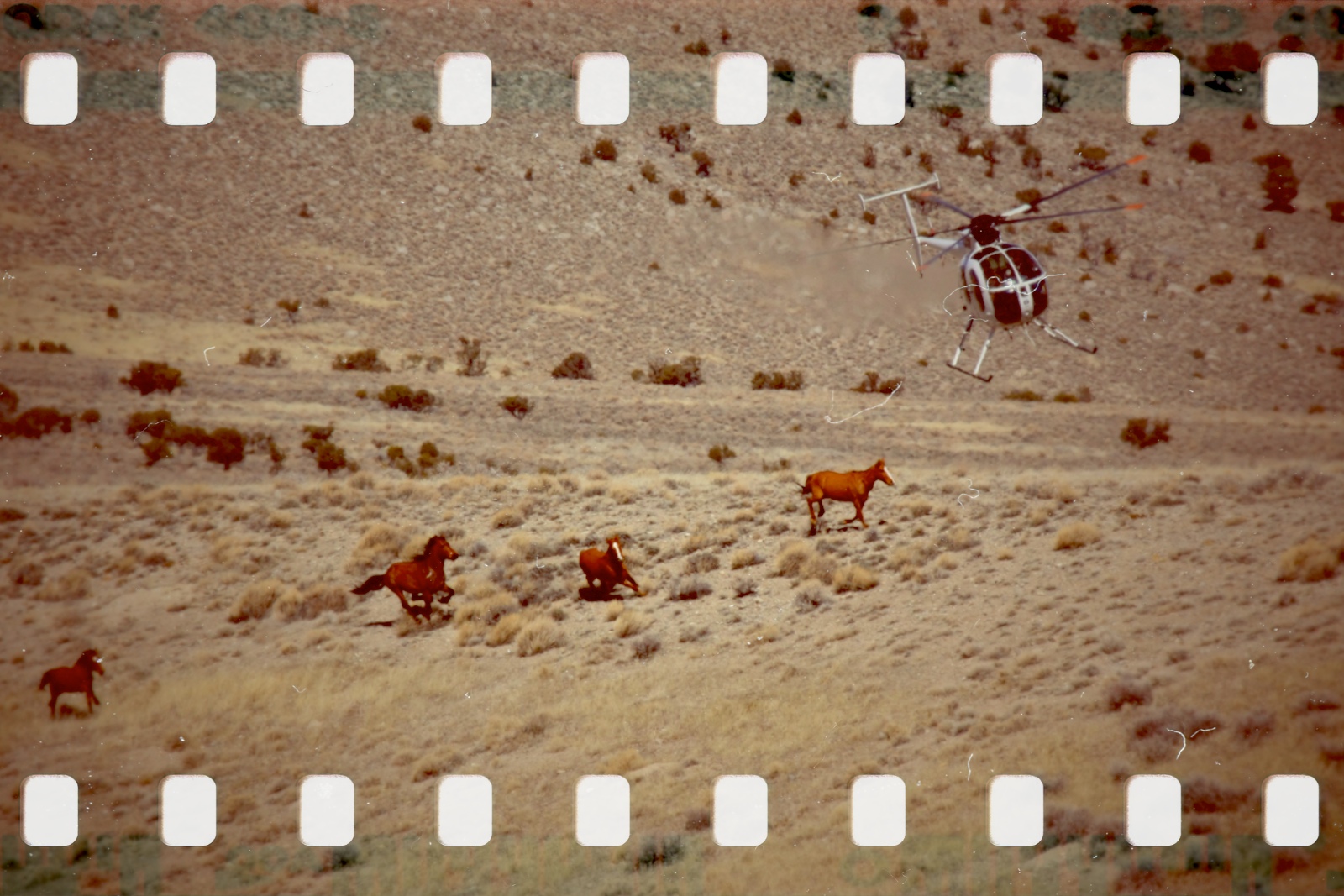 By Theresa Braine as published on NYDailyNews.com “It would be a felony under the PACT Act to crush, burn, drown, suffocate, impale or sexually exploit animals“ “I wonder if this would apply to wild horses and burros being used, abused and killed by the mismanagement of the BLM and their contractors?” ~ R.T. U.S. House […]