We always needed farmers. Now, with COVID-19, they need us. Read More

A few weeks ago, Jim and Katie DiGangi started dumping up to 20,000 gallons of milk a day. The couple runs Darlington Ridge Farms in Wisconsin. They’ve never had to dump milk before, and the practice has been “completely devastating,” said Katie. “It’s very challenging for our family.” Dumping milk is pretty much what it…

via Dairy farmers across America are dumping their milk — KTLA

Talk about horsepower in agriculture often about several hundreds per unit. The times when there was only one are rare, but here are two.

“In America, the big get bigger and the small go out,” Sonny Perdue said

Ireland of the past was truly an agricultural economy. A century ago two thirds of Irish farms were owner-occupied and this trend was to gather pace in the following decades. The size structure of farms was heavily weighted towards smaller holdings: about 230,000 farms were less than 30 acres in contrast with around 50,000 today. […]

DES MOINES, Iowa (AP) — Like farmers throughout the Midwest, this spring’s torrential rains turned Andrew Dunham’s land into sticky muck that set him back nearly a month in planting his crops. Unlike other farmers, though, Dunham won’t get a piece of a $16 billion aid package to offset his losses and he can’t fall…

I would argue that no matter how old you are, most of us exclaim ‘horse’ every time we come upon horses grazing in a lush field.  I found these beauties along a local highway en route to North Bay a few days ago. 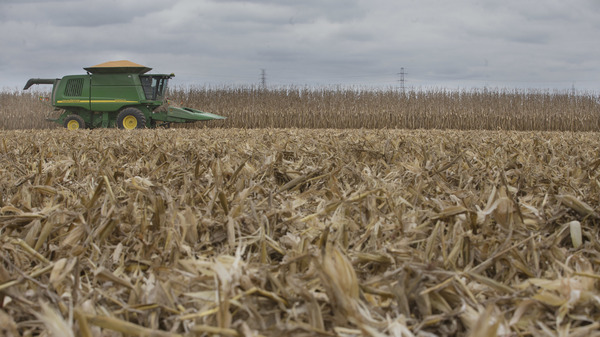 The number of acres of U.S. farmland held by foreign-owned investors has doubled in the past two decades, raising alarm bells in farming communities.(Image credit: John Minchillo/AP)

A few weeks ago, Farmguy and I gathered our sheep for their spring shearing. We’ve had a number of warm days since late March with temperatures in the 70’s, and the sheep were appearing a bit stressed by the heat. I was happy to finally get a shearing date, but also a little nervous about […]

A Yukon group is calling for wild boars to be wiped from the territory, fenced or not, after a fiasco this summer.

Seven wild boar escaped from their enclosure into the wilderness, prompting fears the animals could reproduce and become an invasive species.

The Yukon Fish and Game Association, a wildlife advocacy group that draws its membership primarily from hunters and fishers, wants wild boar farming banned in the territory.

“We know with these particular animals that there is potential problems and big problems, so why would we take a chance on this?” said Gord Zealand, the association’s executive director.

Dev Hurlburt farms wild boar outside of Whitehorse, not far from where the others escaped in June.

He uses a variety of fencing to keep them in and wants to see Yukon’s fencing standards enforced.