California lawmakers, over Gov. Gavin Newsom’s objections, passed sweeping legislation early Saturday allowing the state to impose strict endangered species protections and water pumping restrictions for the Sacramento-San Joaquin River Delta. The governor must now decide whether to veto the bill and raise the ire of California environmentalists, who will surely accuse him of sidling… 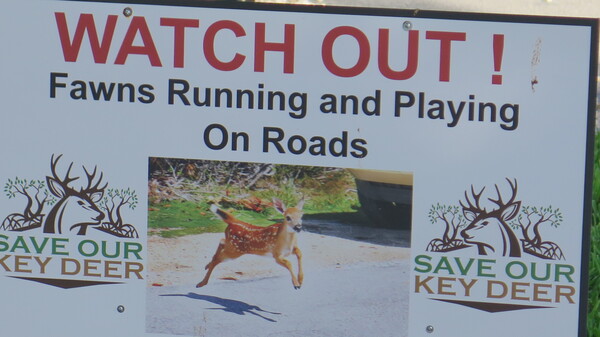 U.S. Fish and Wildlife officials recommended that Key Deer be “delisted due to recovery,” but advocates say the Key Deer population was hard hit by Hurricane Irma and its aftermath. (Image credit: Greg Allen/NPR)

Here is the latest For the Birds column … There is something magical about seeing bald eagles. Thankfully, that magic is being felt more and more lately as the eagle population has rebounded dramatically over the last few decades. Not long ago, bald eagles were rare sightings. You pretty much had to visit a place […]

via For the Birds: Bald eagles and the Endangered Species Act — Birds of New England.com

By Hannah Rider as published on Westwise Acting Interior Secretary has stripped protections to speed drilling and mining Thursday, Acting Secretary David Bernhardt underwent his confirmation hearing to officially become Interior Secretary. He will likely face a final vote in the Senate next month. As a lobbyist and lawyer for oil, gas, and mining corporations, David […]

The U.S. Fish and Wildlife Service and environmentalists are at war over the agency’s latest plan to strip gray wolves of their federal protections and turn management of the often-reviled predators over to states and tribes. “If the agency’s proposal gets finalized, we will see them in court,” Michael Robinson, a spokesman for the Center for…

(LOS ANGELES) — A California judge on Monday upheld protection for gray wolves under the state’s Endangered Species Act, rejecting a legal challenge from ranchers and farmers who fear the predators will threaten their livestock. The judge in San Diego ruled that California was right to list the wolves as endangered in 2014. A lawsuit…